Spend more than three minutes with any Android fanboy, and you’ll quickly learn that the real beauty of Google’s operating system lies in the potential to customize it. On an Android phone, the launcher is the app responsible for the home screen, the app ‘grid’, and launching the aforementioned apps. But, if you don’t get on with your phone’s default launcher, installing a new one just takes a quick visit to the Google Play Store. Phones generally come with either the stock Google launcher, or more commonly, a launcher whacked on top by a hardware manufacturer like Samsung. Nowhere is that more true than for Android’s homescreen, so we’ve rounded up the best alternative Android launchers for your modding pleasure.
1. Google Now Launcher
Google’s very own stock Android launcher is now up for grabs – but just because it’s the Android standard, doesn’t mean it’s boring. For your money (well, actually, it’s free), you get easy access to Google Now, button-free voice controls, and enough transparent window-bars to make you think you’re back in Windows Vista. It’s compatible straight out of the box with all Nexus and Google Play Edition devices, and two minutes with a computer will get it running on all Android 4.x handsets. Just be careful what you say around it, the Big G’s always listening, probably. 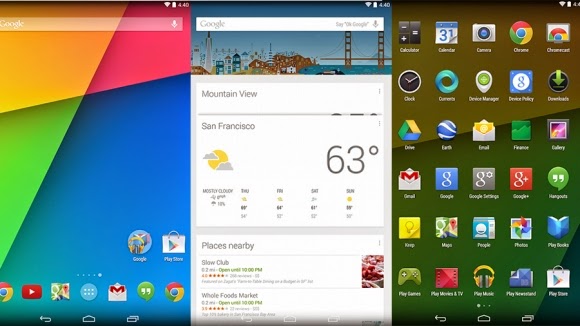 2. Nova Launcher
Nova and Apex (below) are the two standout Android launchers, both strikes an excellent balance between having enough features to customize things, without bogging you down with unfeasibly long options lists and 17 levels of sub-menu hell. Nova’s arguably the better of the two, with a few more options available in the free version (there is also a Prime version), and slightly better performance, but really, we’re splitting tiny Android hairs trying to find a difference between the two.

3. Apex
Apex Launcher, just like Nova, blends smooth performance and ease-of-use with a good level of customization to create a genuinely appealing alternative to most standard Android launchers. Standout features on Apex include a superb tablet mode (finally allowing Nexus 7 owners to rotate the home screen); and the Pro version has the fantastic Apex Notifier service, which pushes notifications to a widget on your home screen. (Although, Notifier requires running an extra app in the background, which is a small drain on battery life.) Once again, the Pro version does cost money, so it’s worth downloading the free version first. 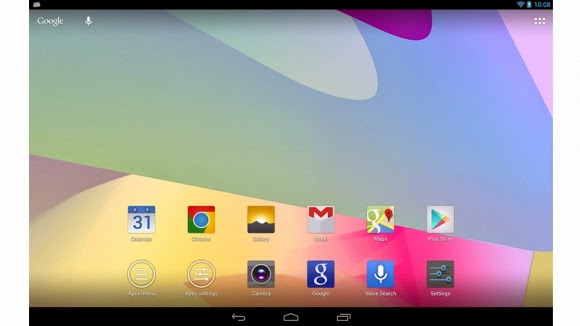 4. Launcher Pro
Launcher Pro is aimed at users with phones that are yet to taste the frozen goodness of Android 4.0, Ice Cream Sandwich, and are still stuck with Gingerbread. Although it lacks some of the bells and whistles of its more advanced Stablemates, Launcher Pro is a solid upgrade from the stock launcher, with much faster scrolling and more customisation options, and even some sleek tricks like unlimited widget resizing in the full-fat, paid-for version. 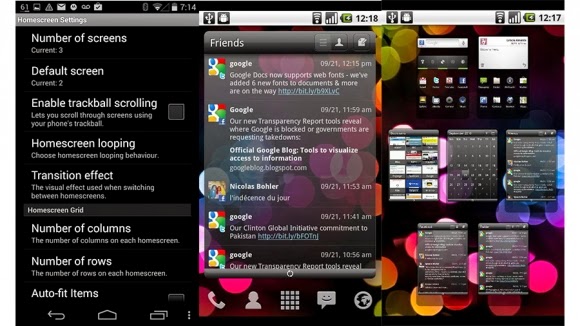 5. Buzz Launcher
Buzz Launcher packs the standard set of customization options, but with a killer advantage: a user-created library of thousands of themes and widgets you can browse, download and tinker with. Whereas other launchers feel like masterpieces of efficiency – trying to find you the app you want, with minimum hassle – Buzz is all about the aesthetics.
There are certainly more powerful launchers out there, but if you’re all about matching the colour of your shoelaces to your cravat (and don’t have an iPhone), then this is probably the launcher for you. 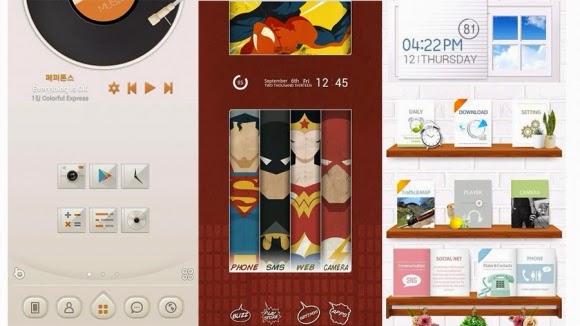 6. Action Launcher Pro
Action Launcher has some nifty, unique features, stuff like a quick-access set of shortcuts (all customizable, of course), special gestures for launching apps from within folders, and a cool one-touch method of creating widgets from apps.
Sadly, you have to pay the requisite couple of quid for the premium version if you want to get your hands on the goodies. 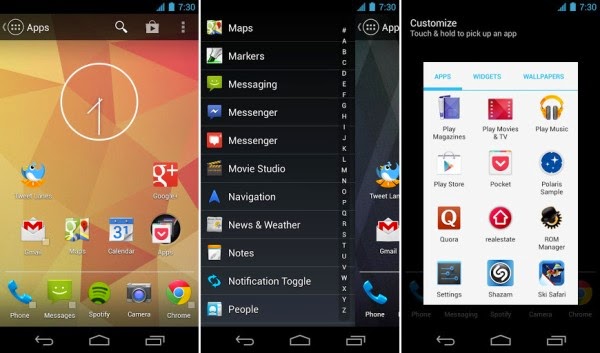 7. ADW Launcher
ADW‘s probably the ultimate modder’s launcher, anything you want to tweak is tweakable, from the particular shade of Gmail red, to the precise gesture needed to open an app. Sadly, it all comes at a price, ADW is complicated to use and sluggish compared to other offerings. More worryingly, development has ground to a halt, with no new releases to support versions of Android after 4.1. 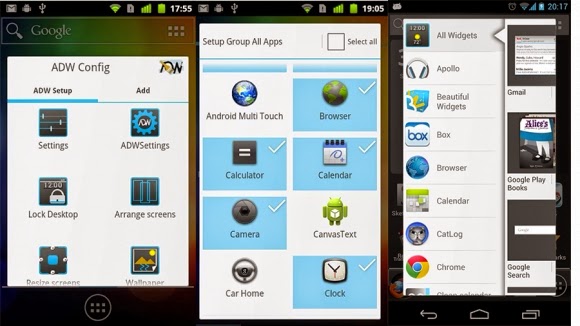 8. Facebook Home
Facebook Home is Mark Zuckerberg’s mess of a Facebook takeover for Android. It serves a single purpose: making sure you share every waking moment of your life with your 639 closest friends. As such, Home turns your lock screen and home screen into a torrent of Facebook statuses; whether or not that’s an improvement depends on how witty your friends are. On the upside, though, it’s a beautifully designed app, with slick graphics and user interfaces, provided your handset’s got the horsepower to run it. 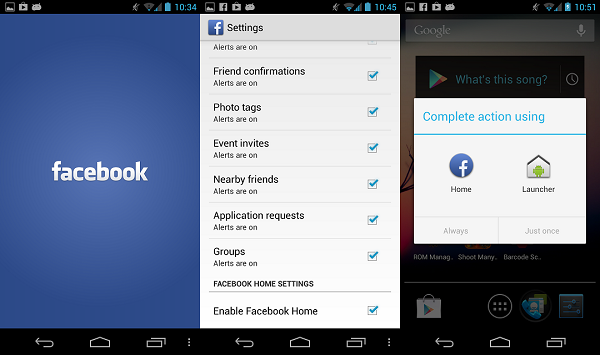 9. Next Launcher
Some will consider Next Launcher jaw-droppingly cool, a 3D launcher that’s completely different to the standard grid-with-some-widgets-whacked-on-top. Of course, it’s insanely impractical and a complete battery hog, but it might just impress a girl at the bar on Friday night. However, it costs more than a Blu-ray, which is money that could be better spent buying drinks at the aforementioned bar instead. 10. Zeam
Zeam is at the other end of the spectrum to the rest of these launchers – all the developers seem to care about is speed. It’s the stripped-out racing version, ditching pretty much all the customization options or swanky floating menus of the other versions, in favour of a minimalist code-base. The upside of course is super-smooth performance, even on the oldest, crummiest phones around. If you’re looking for a speed boost for a handset running Gingerbread (that’s Android 2.x to you and us), Zeam fits the bill pretty well, and it’s also free. 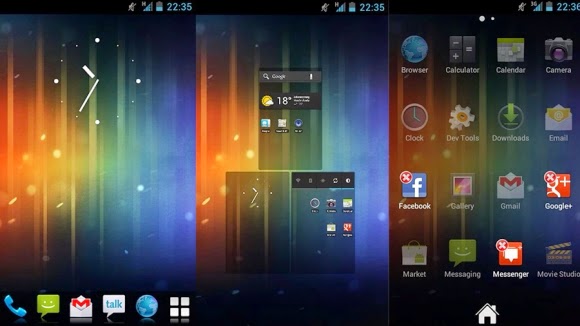