Windows 10 Have Most Requested Top 10 Features

A reader has sent along the results of his script-based analysis of the top feedback requests for Windows 10 in the Windows Technical Preview. And it won’t surprise you to discover that the most popular requests are an interesting mix of common sense ideas and superficial changes. According to Matt Goldstein, who, among other things, has been incredibly helpful with typo/grammar fixes (always appreciated), this list is comprised of all of the feedback Microsoft has received that has garnered. So it’s sort of a popularity contest. And the top most requested 10 features are: 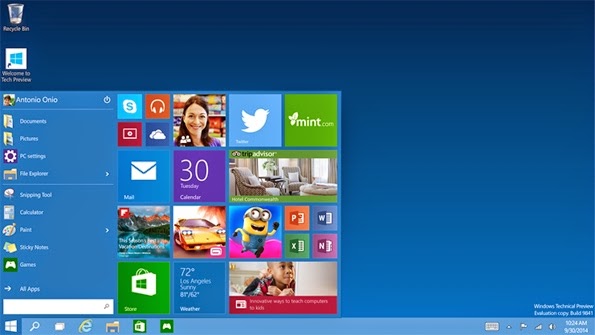 1. Let us move or disable the new search and/or taskview buttons. And over two of the top 10 requests, it has garnered a grand total of 701 votes: 415 for this one and 286 for “Option to remove the search button from taskbar”. FTW.
2. Add a little animation/transition when opening the Start menu. Yep, the number one request, with 453 votes, but then you also should point out that if this is what we’re really worried about right now, the Windows Technical Preview is in amazingly good shape.
3. Make it easier to use a local account. Currently, this option is a bit hard to see on the “How will this person sign in?” screen, which was a (misplaced) complaint in Windows 8.x as well. Folks, it’s time to enter the 21st century, and if you can’t handle a connected account, maybe Windows 10 isn’t for you. Regardless, the way this is “hidden” (it’s not really hidden) is perfectly OK in my opinion. 329 votes.
4. Add tabs to File Explorer. This is a common request over a few Windows versions, and with 325 votes, it’s something Microsoft should consider for the power users it’s suddenly interested in again.
5. Can’t access Charms. “You can’t get to the charms bar [using the mouse],” this request—with 296 votes reads. You see this is a temporary issue related to the Windows Technical Preview. (And WINKEY + C still works fine.) Moving on.
6. Make a beautiful boot screen, with 293 votes. Seriously, folks. If Windows 10 works properly, you’ll see this screen for 1 second. Unless of course Microsoft makes a beautiful boot screen. In which case it will need extra time to display it.
7. Unable to select multiple tiles when using CTRL. You assume this is in the Start menu. Since this works fine on the Start screen in Windows 10, yeah, it should work on the Start menu too.
8. Complete the transition from the Control Panel to PC Settings. You get this one, but it will never really happen. Instead, you expect a continued improvement of the number of options available in PC Settings. 277 votes.
9. Complete updating icons. In the Windows Technical Preview, some icons are updated, but some still date back to Windows Vista (or earlier, really). You think it’s fair to say that this work will continue over the next several milestones. This what you call “fake hustle” since it’s so obviously happening anyway. 271 votes.
10. Allow specific background images and folders on each virtual desktop. You are kind of curious where Microsoft will draw the line on the virtual desktop thing, since the complexity of the UI required for this would be daunting. We guess we’ll see if this one improves. 266 votes.

Looking over the next 10, there are some further interesting ideas. And some not so interesting.
The User wants to change the color of the Start button. (Seriously.) The want a keyboard shortcut to jump between desktops, which actually exists already, so kindly start reading my site, starting with Windows 10 Tip: Master New Keyboard Shortcuts. They want the old (well, Windows 8 old) “three dot” Snap divider back. And they want Cortana, fake hustle, again, since we know that is happening. 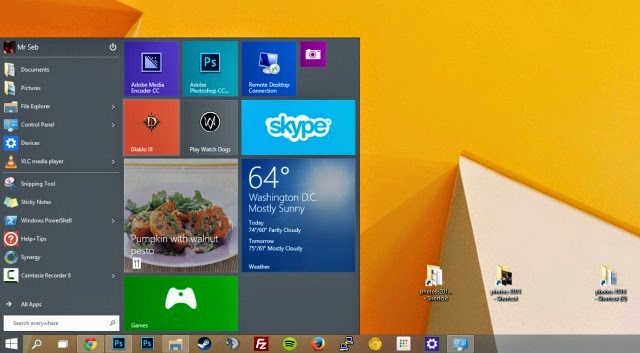