Hidden tricks and tools in iOS8

Some of the best new features on iOS 8 are the ones you probably haven’t used yet. That’s because Apple has a collection of new hidden tricks and tools deep into its new mobile operating system, and many aren’t easy to find. 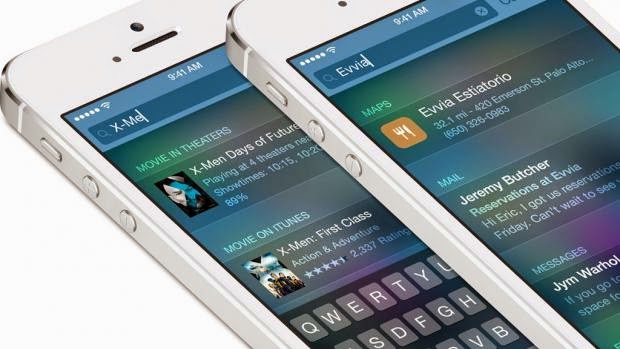 You’ll be able to remove it from Collections, Moments and Years and keep it in the Hidden album. Tap and hold a photo in the Photos app and an option to “hide” will surface. There’s a neat feature that hides your photos without deleting them 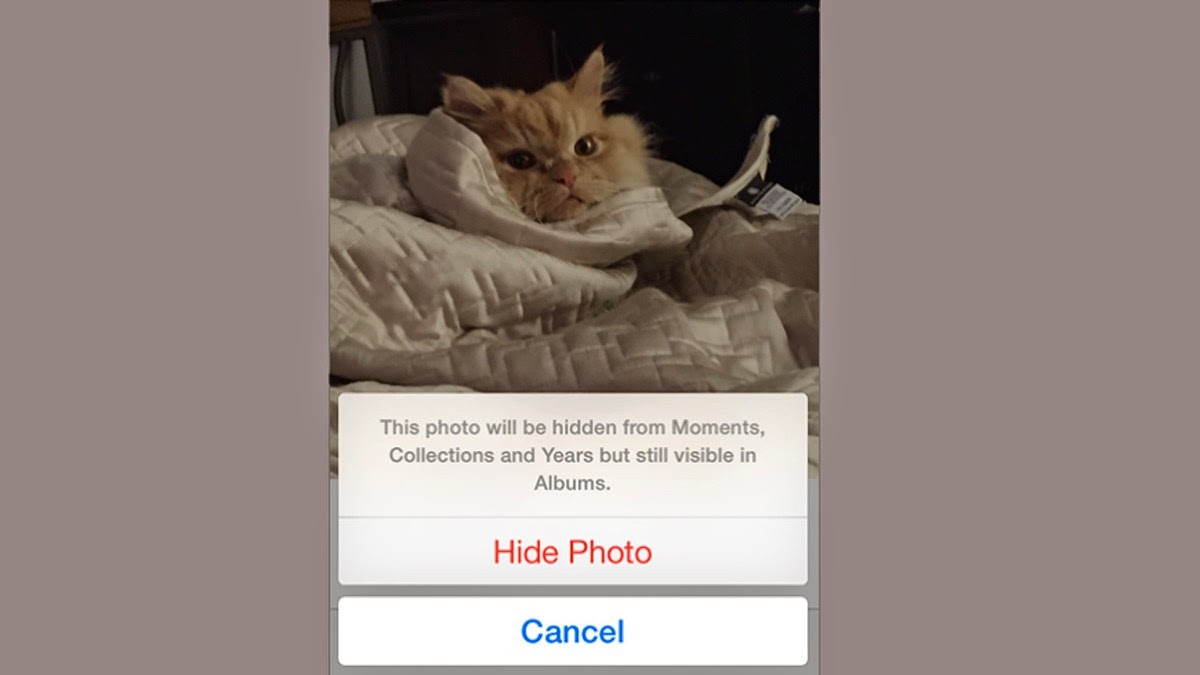 While this feature might be even better if it hides messages from the home screen all together, at least there’s a way to keep the volume down if you’re expecting an onset of texts from a certain someone throughout the day. By choosing “Do Not Disturb” under “Details” in a conversation, it makes messages you don’t want others to see a little more inconspicuous. iOS 8 gives you the option to mute alerts for text-message notifications from specific people.
More Text Control
By highlighting a text message, an option for More will pop up from there, you’ll be able to forward it along to someone else or tap to erase individual messages. There’s a lot more you can do with the texts you send and receive with iOS 8, including deleting them one by one. 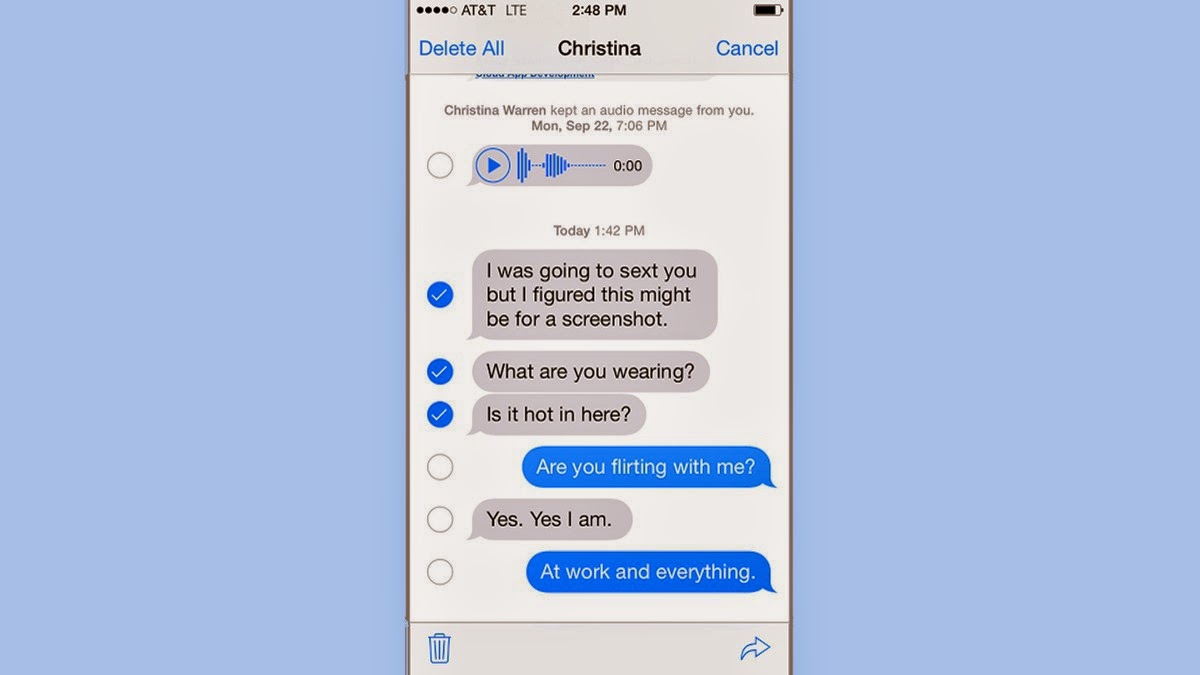 Credit Card Scanner
When you’re making a purchase via the Safari browser, you’ll be shown an option to Scan Credit Card, rather than having to manually type in the details. After selecting it, hold your credit card up to the field of frame (highlighted by the camera) and it will securely capture the information for you. 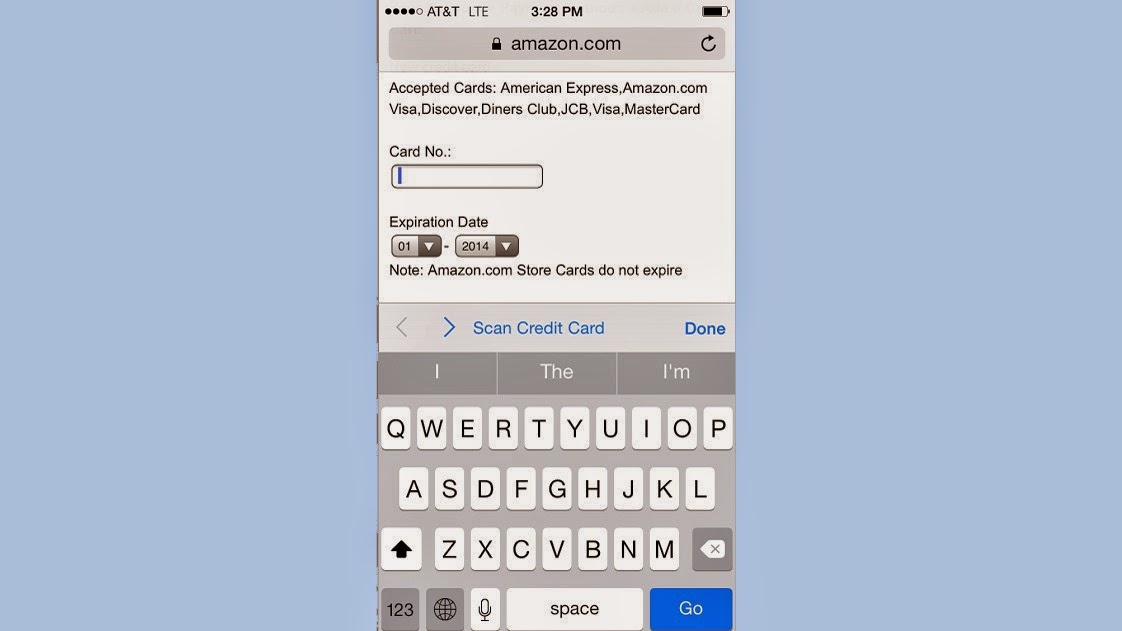 Dark Mode
For those who want to give the device a vintage flare, visit General > Accessibility and turn on the Grayscale mode. Everything from the home screen to apps and email will be displayed in black and white.
Interactive Notifications
You no longer have to stop what you’re doing to respond to texts, email, calendar invitations, reminders and messages. A notification banner appears on top of the top of the screen and you can pull it down to respond.
Medical ID
The new Health app has a Medical ID that can be accessed via the lock screen that lets anyone access your emergency contact information in case of, well, an emergency. 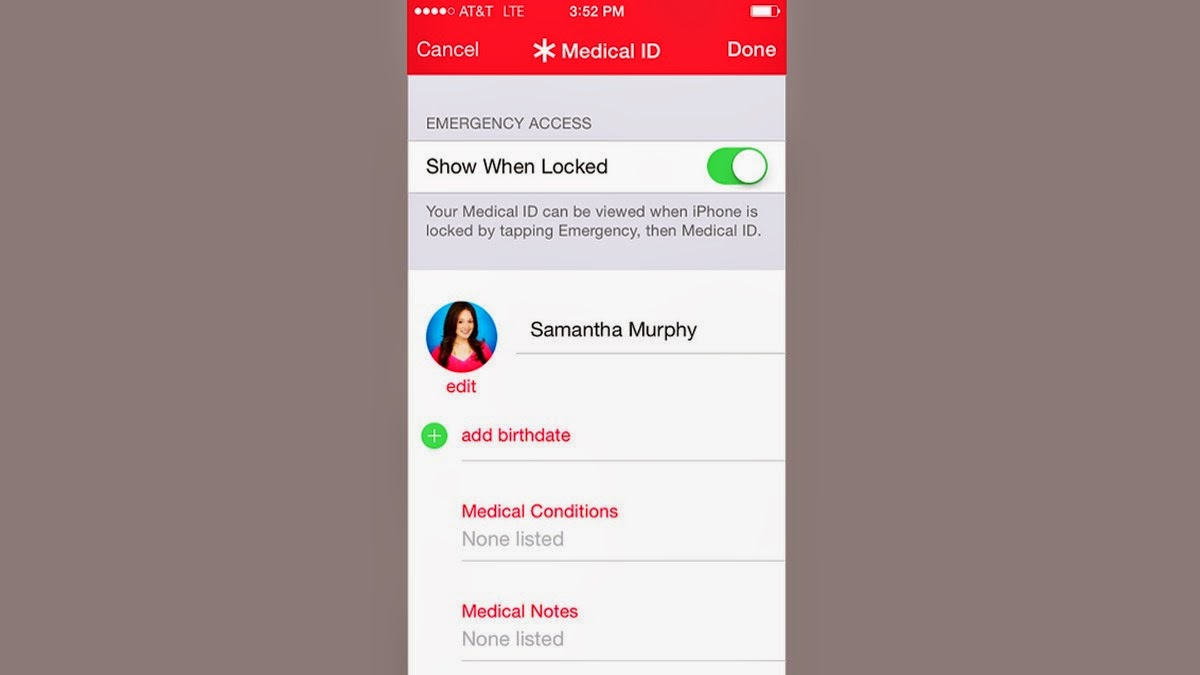 This means anyone that needs immediate access to your health information (or who they should call) can do so even if they don’t know your phone’s passcode. 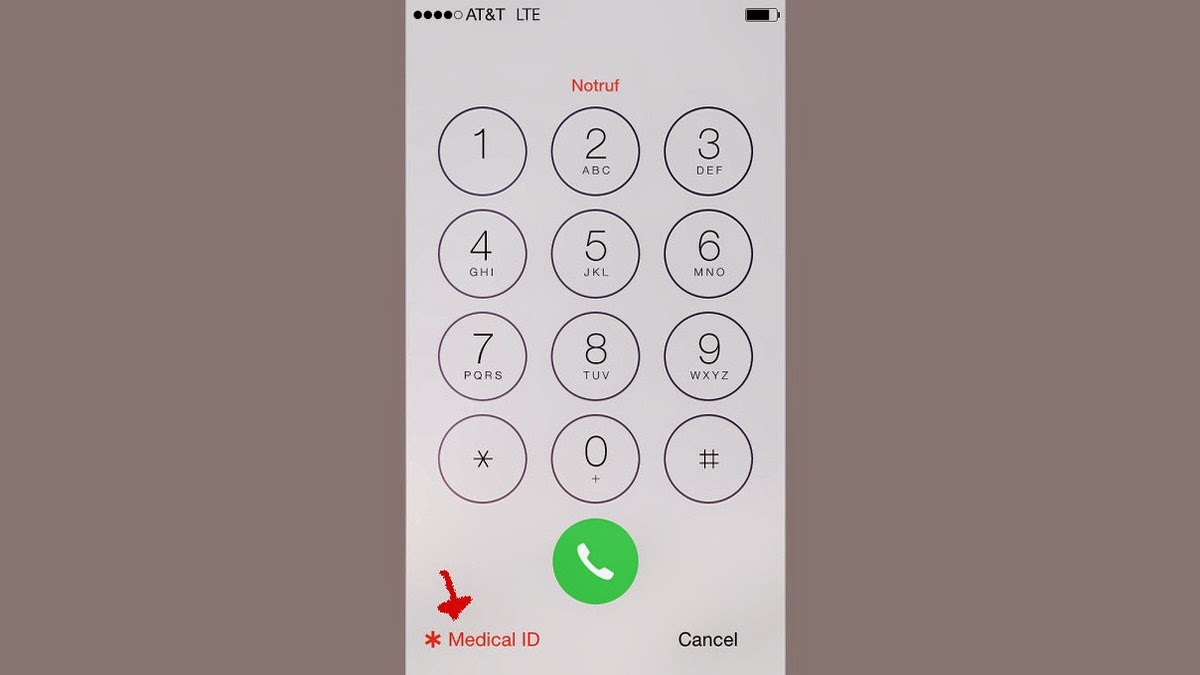 Timed Selfies
Apple added a timer to its Camera app, allowing you either 3 or 10 seconds to get the shot exactly how you want it. Open the Camera app to take a picture, select the clock icon and set the timer. You can also prop up the device before setting the timer, so you don’t even need your hands to take a picture. You can also use the timer with Burst Mode, which snaps a bunch at shots and you’ll have plenty to pick from. Update Keyboard Cycle
If you have downloaded a keyboard app from a third-party provider, you can program it directly to your master keyboard settings instead of opting to use it every time by tapping the Globe icon. Instead, change your default keyboard and the order in which you cycle through your keyboards via Settings > General > Keyboard > Keyboards and tap Edit.
Bring Back Deleted Photos
If you’ve accidentally deleted a photo, it’s possible to bring it back: there’s a new Recently Deleted album in the Photo app that stores deleted pictures for up to 30 days before they disappear for good. 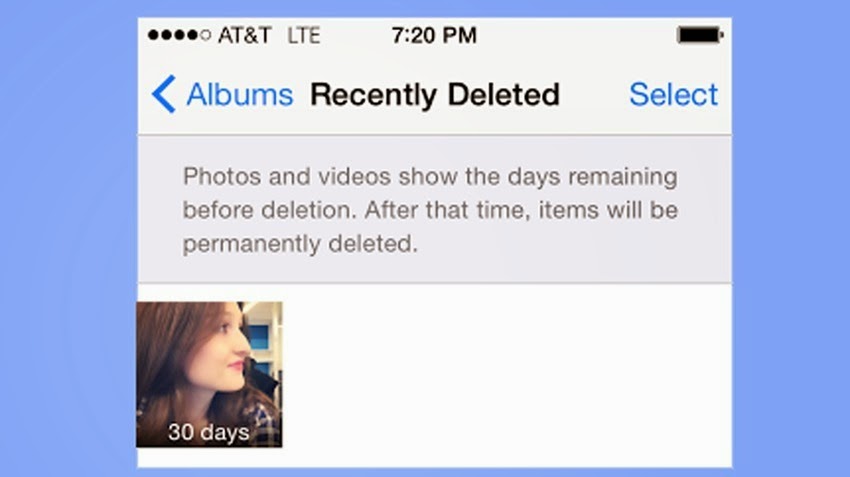 Email Response Notifications
Visit your inbox, swipe an email to the left, select More > Notify Me to get alerts when anyone responds to the email thread. If you’re expecting an important response to an email, you can set up it up to alert you when it rolls in.
Manage Apple ID
You no longer have to go through iTunes or the Apple App Store to manage your Apple ID account, such as adding people to family sharing plan, add credit cards or update passwords. Now, head over to Settings > iCloud and log into your account by touching your email address highlighted at the top of the screen.
Battery Usage
While the battery monitoring feature has been widely reported at this point, it’s with good reason: the tool gives a percentage breakdown of what apps are killing your battery life most. To identify which apps you should close when not in use, visit General > Usage > Battery Usage. This small step could add a few hours of extra battery life to your day. 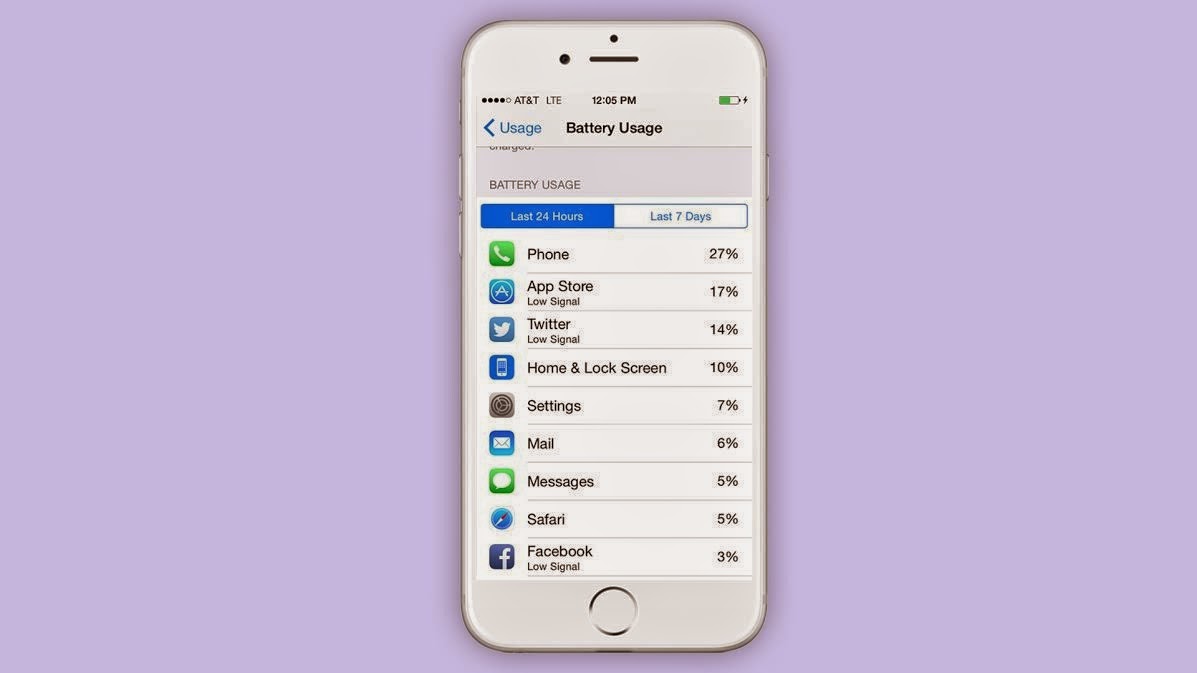 Multitasking With Email Drafts
Double tap the minimized draft at the bottom to see all of them at once — this makes them appear in a carousel view, similar to how it looks with Safari tabs in iOS 8 — and proceed to open or delete them with taps and swipes. If you’re in the middle of an email, but want to go back to reading your inbox, you can hold the top of the message and drag down (but don’t put your finger too high on the screen or the notifications tab will appear). 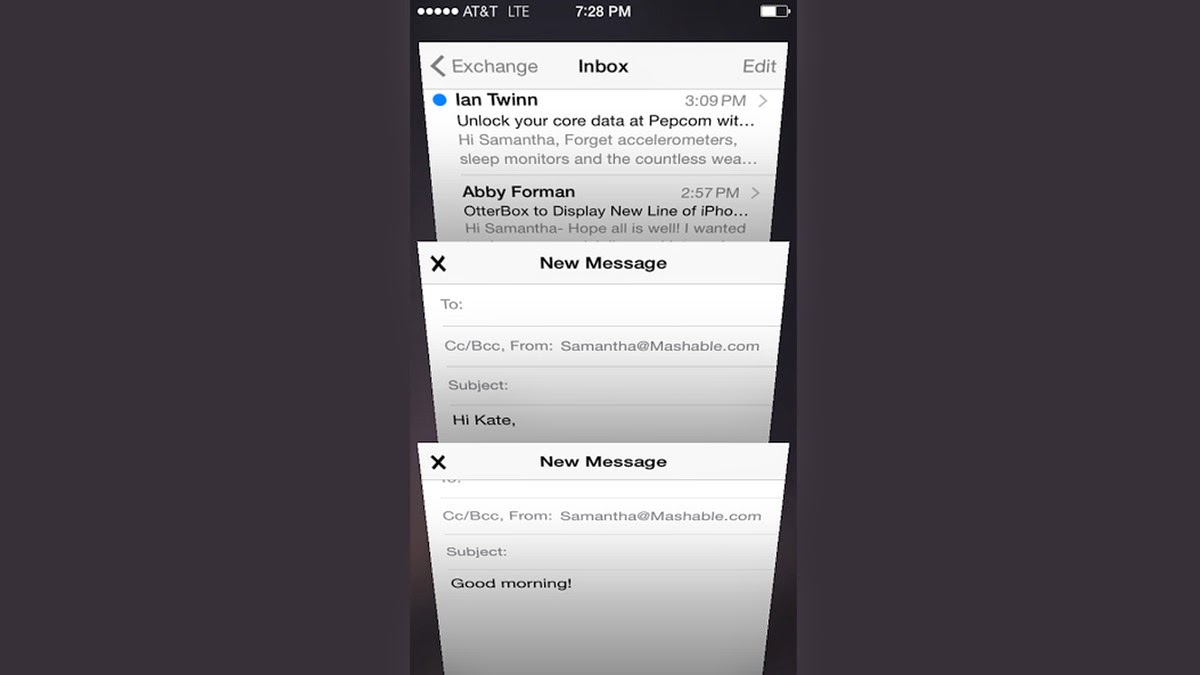