Google today kicked off a plethora of new release, based on its brand new Android 5.0 “Lollipop”, which sports the new “Material Design” graphical style previewed in June at Google I/O.  The new OS also introduced AARCH64 compatibility, which for the first time brings 64-bit processor support to the core bits of Android.

Alongside the OS it announced:
CPU: 64-bit 2.3 GHz NVIDIA Corp. (NVDA) Tegra K1 processor (“Denver” cores)
GPU: Kepler DX1
pre-order: Oct. 17
Display: 5.96-inch QHD display
CPU: Qualcomm, Inc. (QCOM) 2.7 GHz Snapdragon 805 quad-core
GPU: Adreno 420; battery: 3220 mAh
pre-order: end of October
Last, but not least it introduced its first Nexus-branded set-top box, dubbed the “Nexus Player”.
In some ways Google has already probed these waters with its Chromecast budget streaming media stick, which offers some of the same functionality as a set-top box and is compatible with some newer HDTVs.  Officially, though, this is the first direct competitor branded by Google to take on Roku, Apple, Inc.’s (AAPL) AppleTV, and Amazon.com, Inc.’s (AMZN) Fire TV.
Streaming video is a fast-growing niche market, according to a July survey by Parks Assoc., a market analysis group focusing on home device sales.  According to the group’s numbers, Apple and Roku, plus the Google Chromecast, moved 8 million units last year.  The group forecasts that by 2017, 50 million set-top boxes and streaming media sticks will be sold annually. 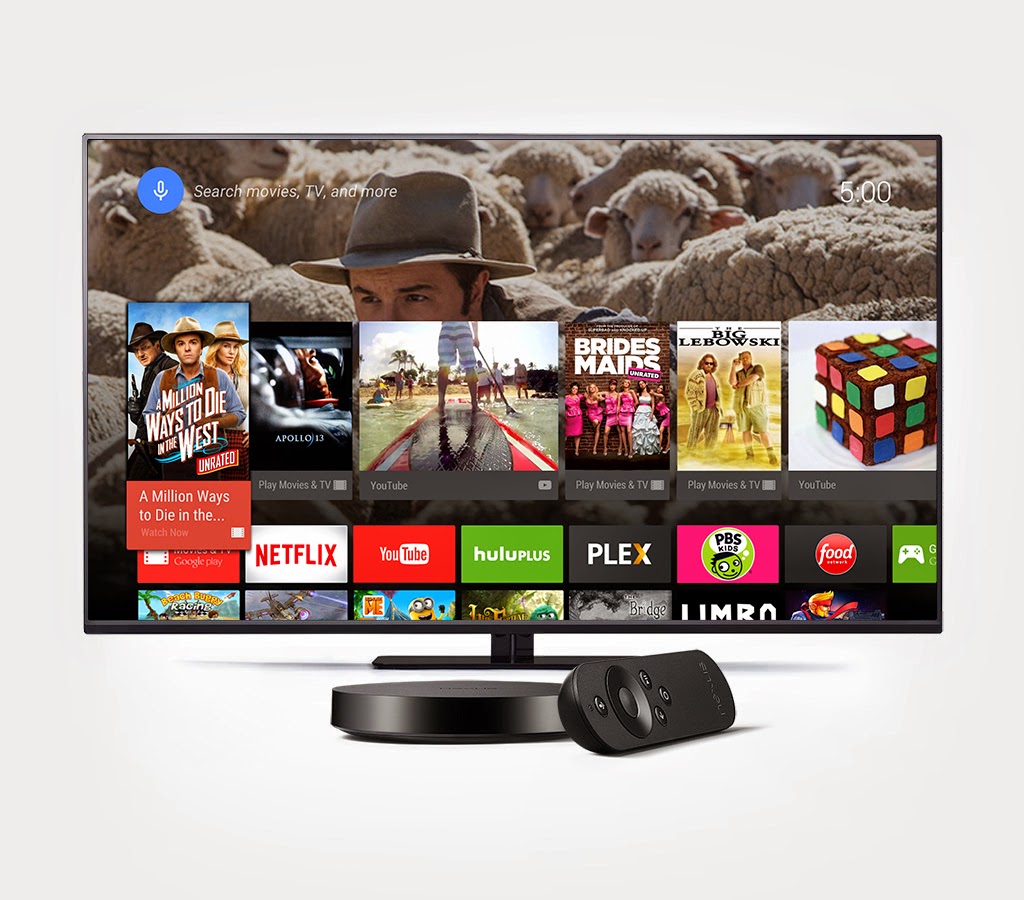 The Nexus Player is a cylinder-shaped “box” and is manufactured by Taiwan’s ASUSTek Computer Inc. (TPE:2357).
Google bills it as “a first-of-its-kind Android gaming device”.  The claim is a bit misleading, but there’s some truth to it.  There are some similar solutions, but they work slightly differently.  NVIDIA’s Shield handheld, for instance, can connect to HDTVs and other external displays, but it’s not a settop box — it’s more like a controller on steroids.  It can run Android games, like the Nexus Player.  And there’s the Ouya, a gaming “microconsole” based on Android. It is a set-top box, but it can’t run traditional Android apps.  Rather, it has its own app store.
The Nexus Player is paired with a controller, which resembles what one might imagine if the Microsoft Corp. (MSFT) Xbox One controller had an illegitimate child with Sony Corp.’s (TYO:6758) PlayStation 4 controller.  It features dual analog sticks, A/B/X/Y buttons on the right, a direction pad on the left, a power button in the center, and home/back buttons near the top on either side of the power button. 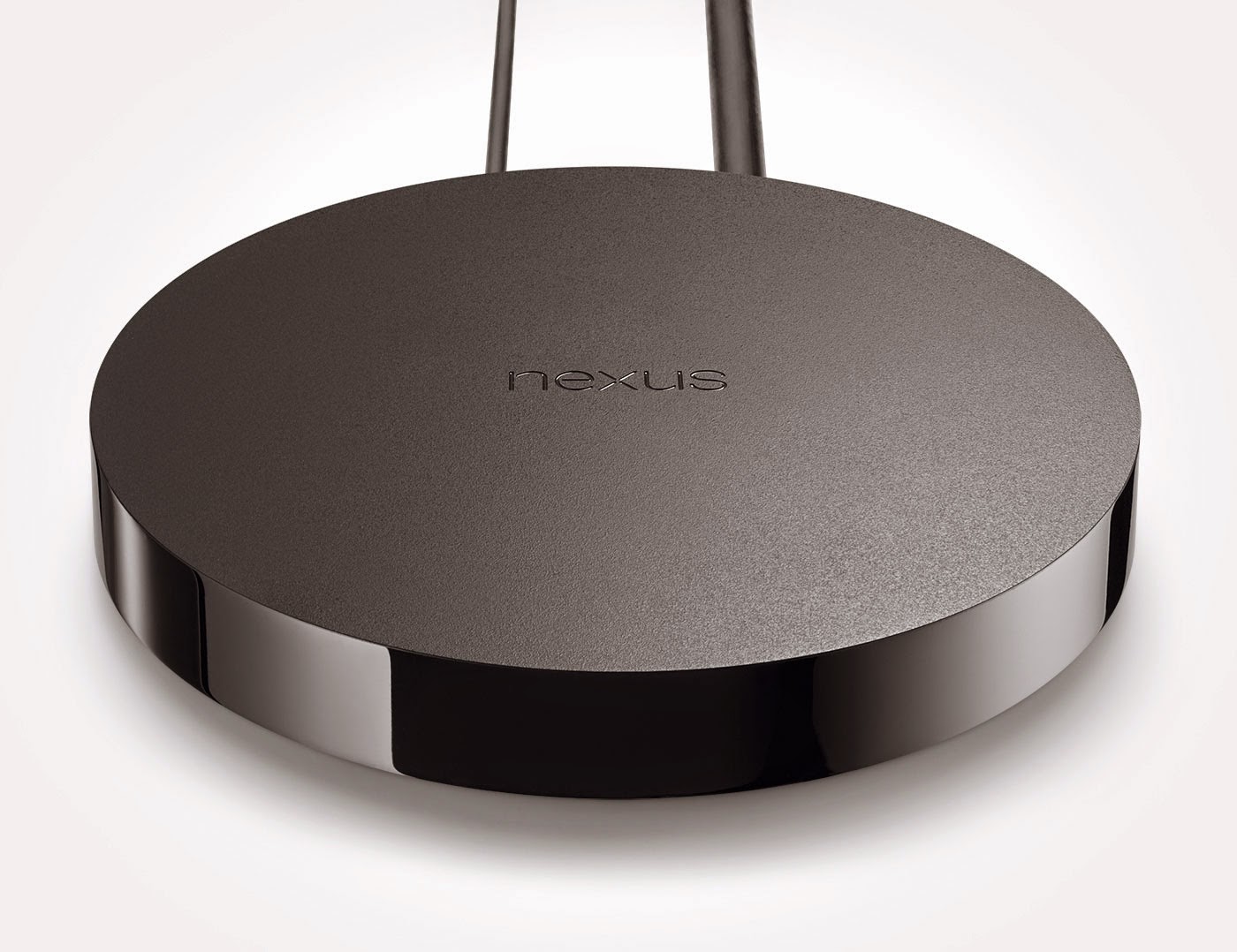 It also has a voice-activated remote (driven by Google Now, of course), which is an uncanny clone of Amazon’s Fire TV voice-activated controller.  To use it you say “gravity”.  It allows a voice search of all your media on the box.
There’s support for the standard ilk, Hulu, Netflix, Inc. (NFLX), etc. There’s also built in support for ChromeCast, which allows your computer, tablet, or smartphone to piggyback on the box to display content on your TV.  This could come in handy if you have an older Mac with DisplayPort video out and don’t have an adapter handy.  Likewise it seems a useful tool for smartphones or tablets, which typically don’t have direct outputs to a TV.
The box has some bleeding edge hardware inside: 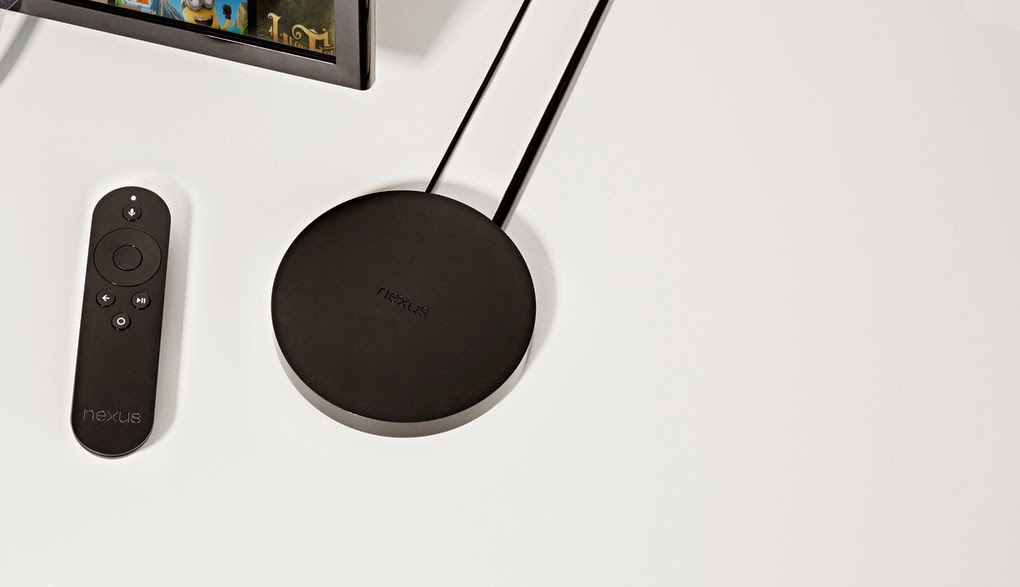 The device is available for pre-order on October 17.  The player will sell with the voice control for $99 USD, while the controller will retail for $40 USD more.