Google has finally released the Nexus 6, its latest flagship Android device and a 6-inch behemoth that confirms – if further evidence were needed – that phablets are here to stay. However, how does the Motorola-built Nexus 6 compare to perhaps the most controversial phablet on the market? We mean, of course, Apple’s iPhone 6. 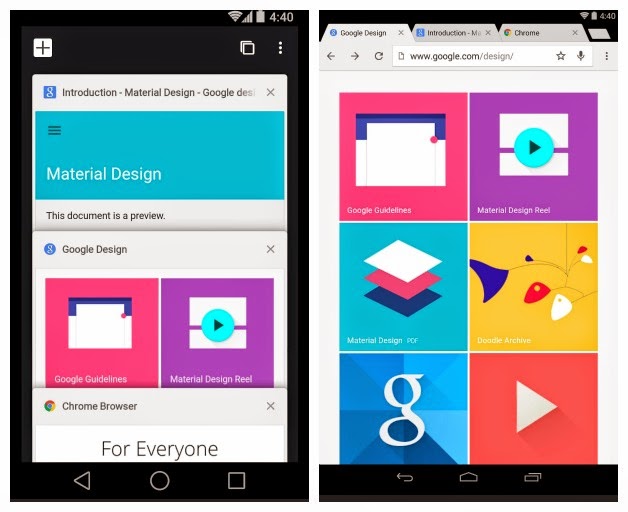 Display
The Nexus 6 will arrive with a 5.96-inch, QHD display with 2,560 x 1,440 pixel resolution and a pixel density of 493 pixels per inch. The AMOLED screen technology is a wise choice if the touchless controls and ”always-on” listening are as big a feature of the Nexus 6 as they are to the Moto X. The iPhone 6 on the other hand introduces a Retina HD LCD. ”Retina” HD basically just means that its pixel density is over 300 ppi: in the 4.7-inch iPhone 6’s case, 326 ppi. The screen resolution comes in at 1,334 x 750 pixels, which is just a tad above regular HD. The Nexus 6 will destroy the iPhone 6’s screen, in terms of pixel density and size, but we’ll have to wait and see them in real life to make judgments on quality. 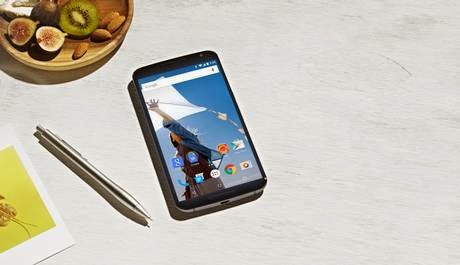 Design
The Nexus 6 has a 5.96-inch screen and is based on the Moto X (2014). The new Moto X itself is certainly quite striking, with curved back, large camera lens and circular LED ring flash. With the Nexus 6 taking design cues from this it certainly looks like an interesting looking phone indeed. The iPhone 6 is a pretty nice change to the blocky iPhone style we’ve seen repeated a lot over the last few years. The corners are curved, the chassis is made out of metal and everything seems sleeker, thinner and more “designed” than the iPhone 5s or even the iPhone 4, which have all been iterations on basically the exact same thing. The Nexus 6 has a refershing design, but we also admire Apple’s thinking on the new iPhone design. The iPhone takes a few cues from Android too, with the new device looking a lot like the new Sony Xperia Z3. The iPhone screen has finally grown up too: offering a 4.7-inch or 5.5-inch version. 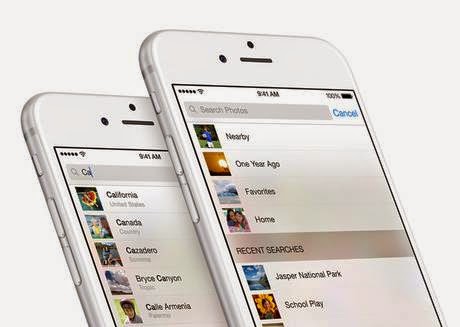 Performance
Not the easiest thing to compare on two phones you haven’t used yet, and because Apple and Android components are quite different its not always so easy to figure things out on paper. But we can make estimations based on the improvements over what we already have. The iPhone 6 has not changed too much compared to the iPhone 5s, which admittedly does its job quite well. Of course, the fluidity and stability of the iPhone 6 will be just as good as what we have seen before and the upgrade to the A8 64-bit chip and M8 motion co-processor will certainly uphold their end of the bargain. However, the Nexus line has always been jam-packed with the best specs around and the Nexus 6 will arrive with a quad-core Snapdragon 805 clocked at 2.7 GHz with 3 GB of RAM (we don’t know how much RAM is in the iPhone 6, but we think it’s 1 GB). Considering the 64-bit support in Android Lollipop, we’re a little surprised that the Nexus 6 will arrive with a 32-bit chip, but regardless, the Nexus 6 will be just as buttery smooth and lag-free as the Nexus 5. 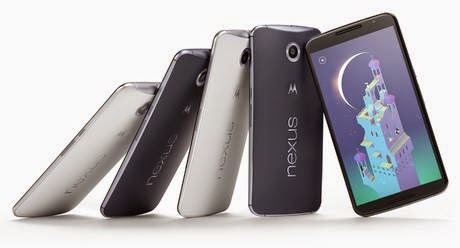 System
Both smartphones will arrive with the latest versions of their respective operating systems: the Nexus 6 will appear as the showcase for Android Lollipop and the iPhone 6 has iOS 8.1 on board. We already know a bit about Android Lollipop thanks to the developer preview and we’ve already seen a bunch of iOS features. We don’t have enough room for a full comparison here, but check out our iOS 8 v Android Lollipop comparison for more information. Of course, we expect you have a pretty good idea of which OS is right for you. 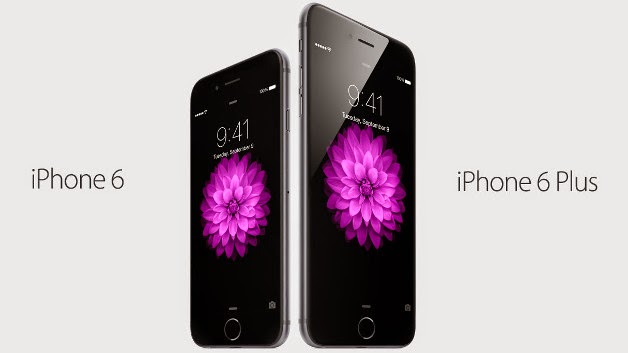 Camera
The camera of the Nexus is usually its weakest point. While not a catastrophic flaw, camera quality is a serious concern for most smartphone owners, and its importance is only increasing. Google has announced it wants Nexus devices to offer a class-leading camera experience, and while we admire their pluck, we haven’t seen a good enough camera to compete with the iPhone yet. Keeping costs down on the Nexus usually mean a smaller battery and weaker camera than many fans would like. The Nexus 6 has a 13 MP camera with optical image stabilization and a 2 MP front-facing camera. The iPhone 6 comes with an 8 MP iSight camera that we expect will produce the same outstanding results we see on every iPhone and a low resolution front-facing camera. The iPhone 6 misses out on OIS, but its bigger brother, the iPhone 6 Plus has OIS on board. We have to be honest though, we fully expect the iPhone 6 camera to embarrass the Nexus 6 cameras. 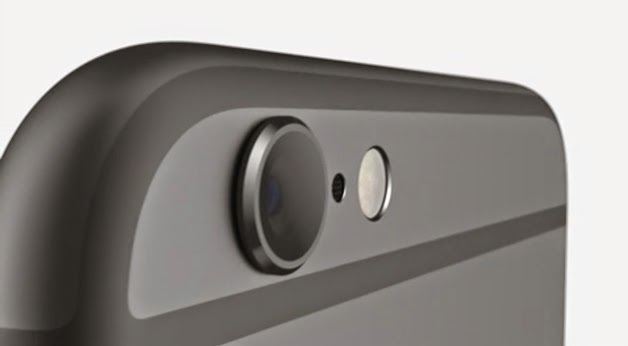 Battery
Neither the iPhone 5s or the Nexus 5 are known for their outstanding battery life. In fact, both are generally the butt of every battery-related joke in the smartphone world. Of course, no one is ever satisfied with their battery life, but both devices have been typically poor performers. Apple doesn’t like to tell anyone what battery capacity the iPhones have, so it won’t be until we have a tear down that we can share that little nugget with you. This Nexus 6 comes with a 3220 mAh battery, up almost 1000 mAh over the Nexus 5. Android Lollipop is also packing Project Volta, which, combined with the new Android Run Time, should squeeze unheard-of amounts of battery life out of even the most pitiable battery. We’ll have to wait and see what Apple can do with its poor battery in the iPhone 6. In the keynote, however, they rather blandly said it will be as good as or better than the iPhone 5s. 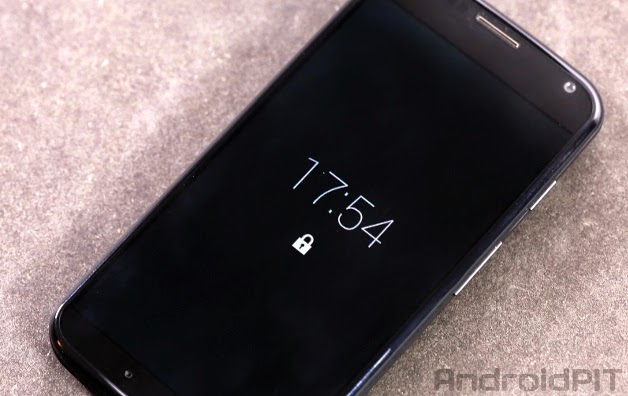 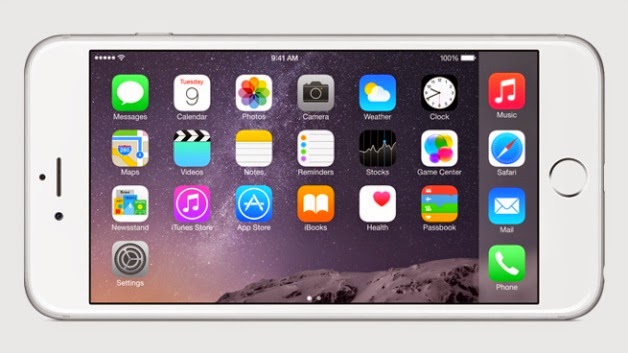 Conclusion
The Nexus line is like the Android prophet: not everyone listens, but those that do listen to every word and accept it as Truth. We expect the Nexus 6 to be just as impressive as the Nexus 5 was but with even better specs and performance.
The iPhone 6 is probably much the same for iOS fans, although of course I’m going to compare it to a cult leader instead. Most Apple fans are simply not as concerned with the internal specs of their idevices as they are simply with owning the newest iPhone, and this alone will assure the iPhone 6 of insane levels of success. Until we can put both side by side for a real life comparison, the jury is still out.