The official release of iOS 8 on September 17. But you can install the final version of iOS right now. Here’s how:

Before anything else, you’ll want to be sure your iDevice is able to run iOS 8. Apple has provided a hardware compatibility list for iOS 8, in which includes following devices or newer: 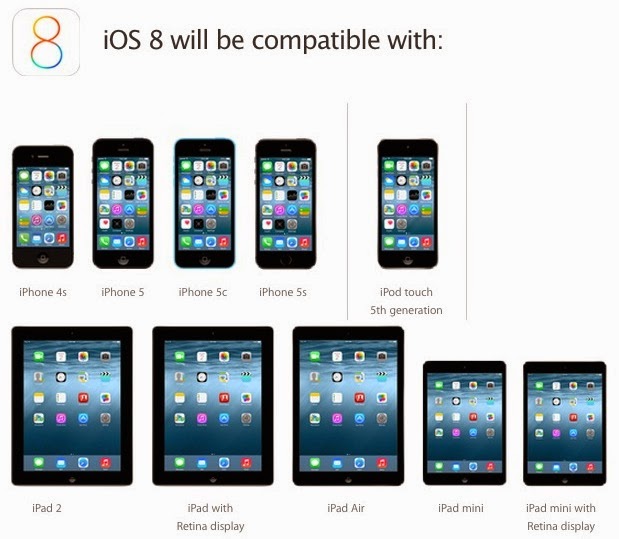 2. Old hardware? Consider Skipping the update completely:
There are so many examples in iOS history of older hardware slowing down very much once it has been updated to the latest version of iOS, and that should serve as a meaningful consideration that for some older devices, it may be best to just skip the update completely. This is especially true for iPad 2 and iPad 3, the last thing just mentioned of which really crawls with iOS 7 as is, and while it’s possible that the final version of iOS 8 will offer some performance improvement over iOS 7, so far it hasn’t surfaced. And once you update to the latest version of iOS, you have a very small window before downgrading becomes impossible.
3. Delete Unused Apps:
Before major iOS updates is a good time to clean house and uninstall those apps which you don’t use regularly. Just delete those apps which you used ‘never’ or ‘rarely’, just delete it and free up some space on your device as a result.
4. Update Apps:
It’s a good idea to keep apps updated in general, but it’s all the more important with new iOS releases, since major updates are necessary for compatibility but also to add new features that come from the new iOS version.
Yes! you’ll have to update some again, once iOS 8 actually ships, because many apps that are updated for iOS 8 will include extensions and widgets that are not compatible with prior versions.
5. Back Up Your Important Stuff:

It’s a good idea to back up all of your stuff, no not just your standard iCloud or iTunes backup, though we’ll get to that in a moment, but your actual stuff that really matters. Take the time to transfer pictures from your iPhone, iPad, or iPod touch to a computer, a process which typically will copy your personal movies too.

6. Back Up Your iPhone / iPad / iPod Touch:
This is easy, and you can do it through iTunes or iCloud, or ideally, back up to both. Backing up should really be part of your regular routine by now, but even if it’s not, always and always, back up your iPhone, iPad, or iPod touch before installing any major new iOS update. 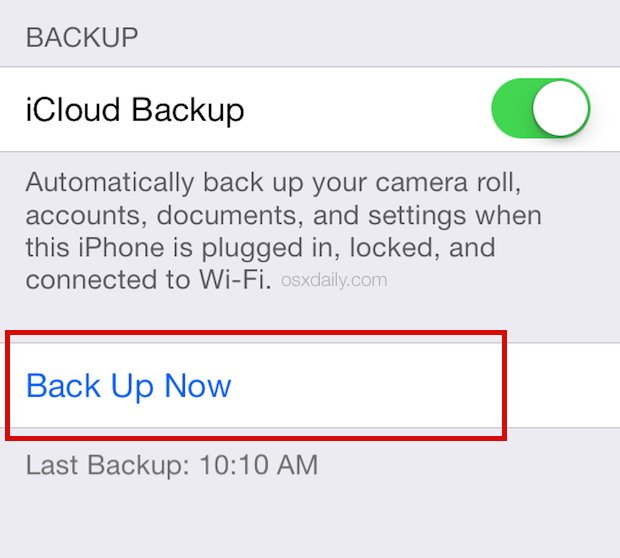 7. Install The Update:
To install the iOS 8 update / upgrade, follow these instructions: