This guide shows how to replace LG Google Nexus 4 battery to better access the internal features of the phone and prevent any minor shocking. This will take a couple minutes. 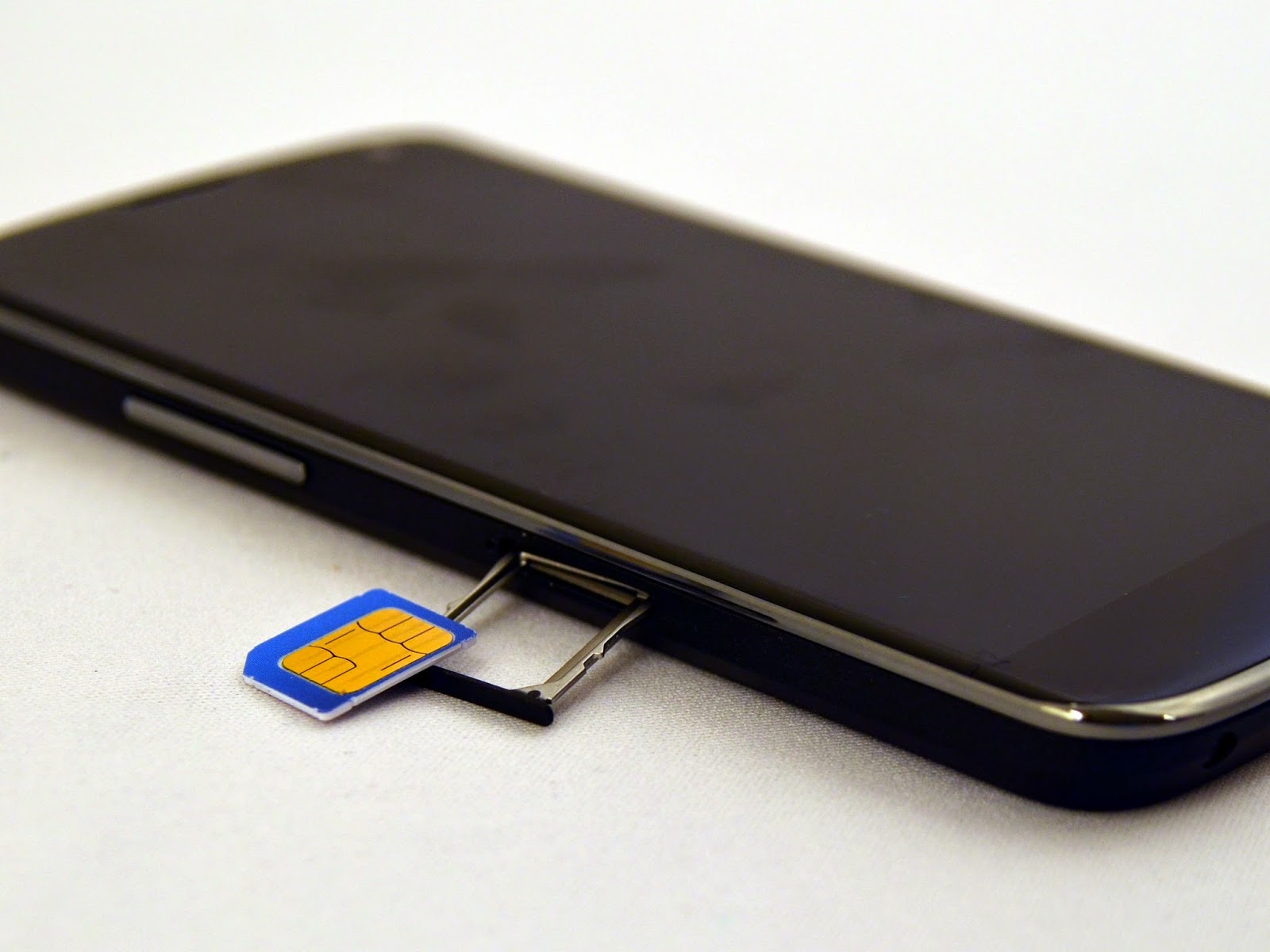 Step 2: Remove the two screws from the bottom of the phone (LG Google Nexus 4) with a T5 Torx Screwdriver. 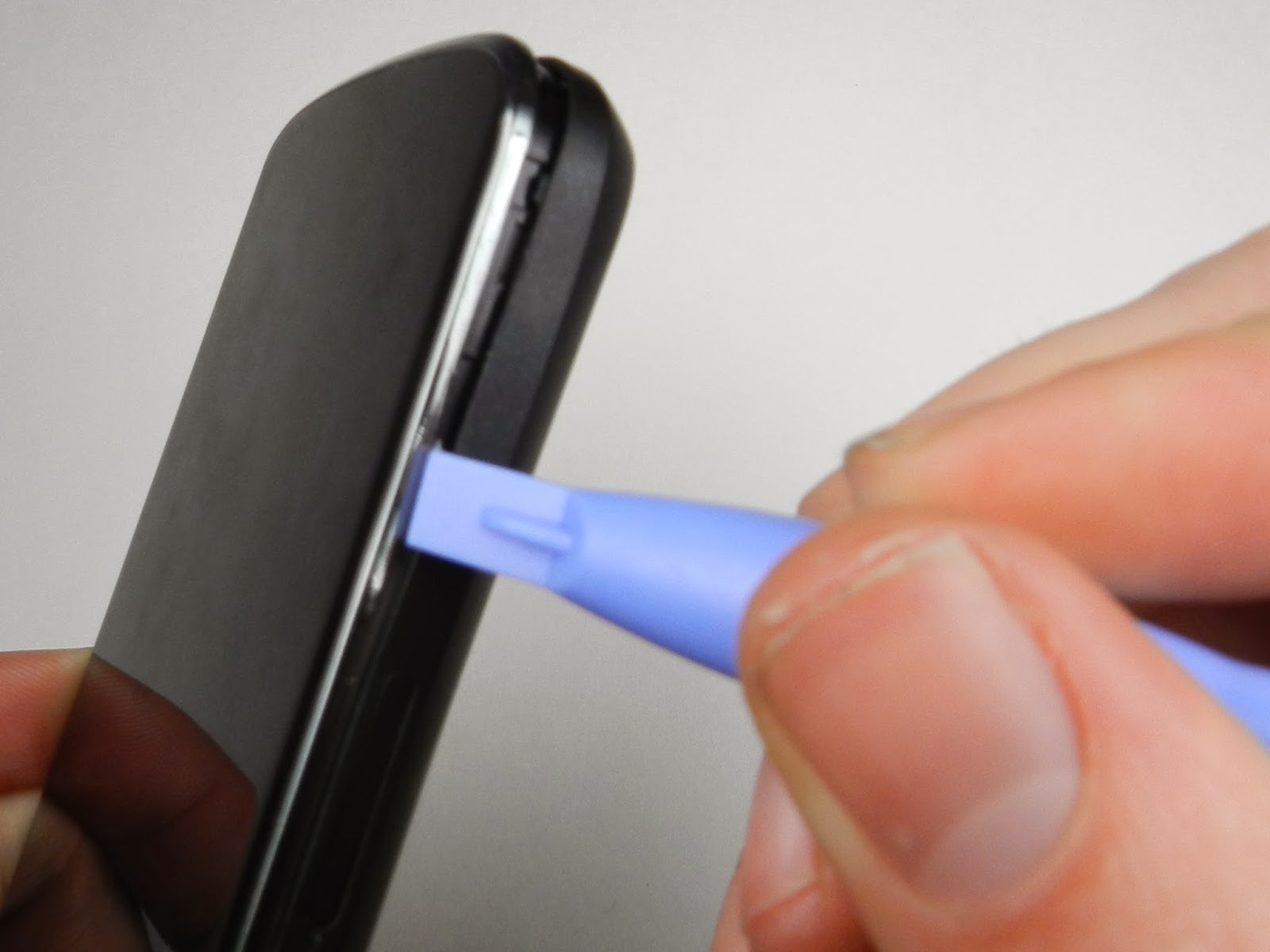 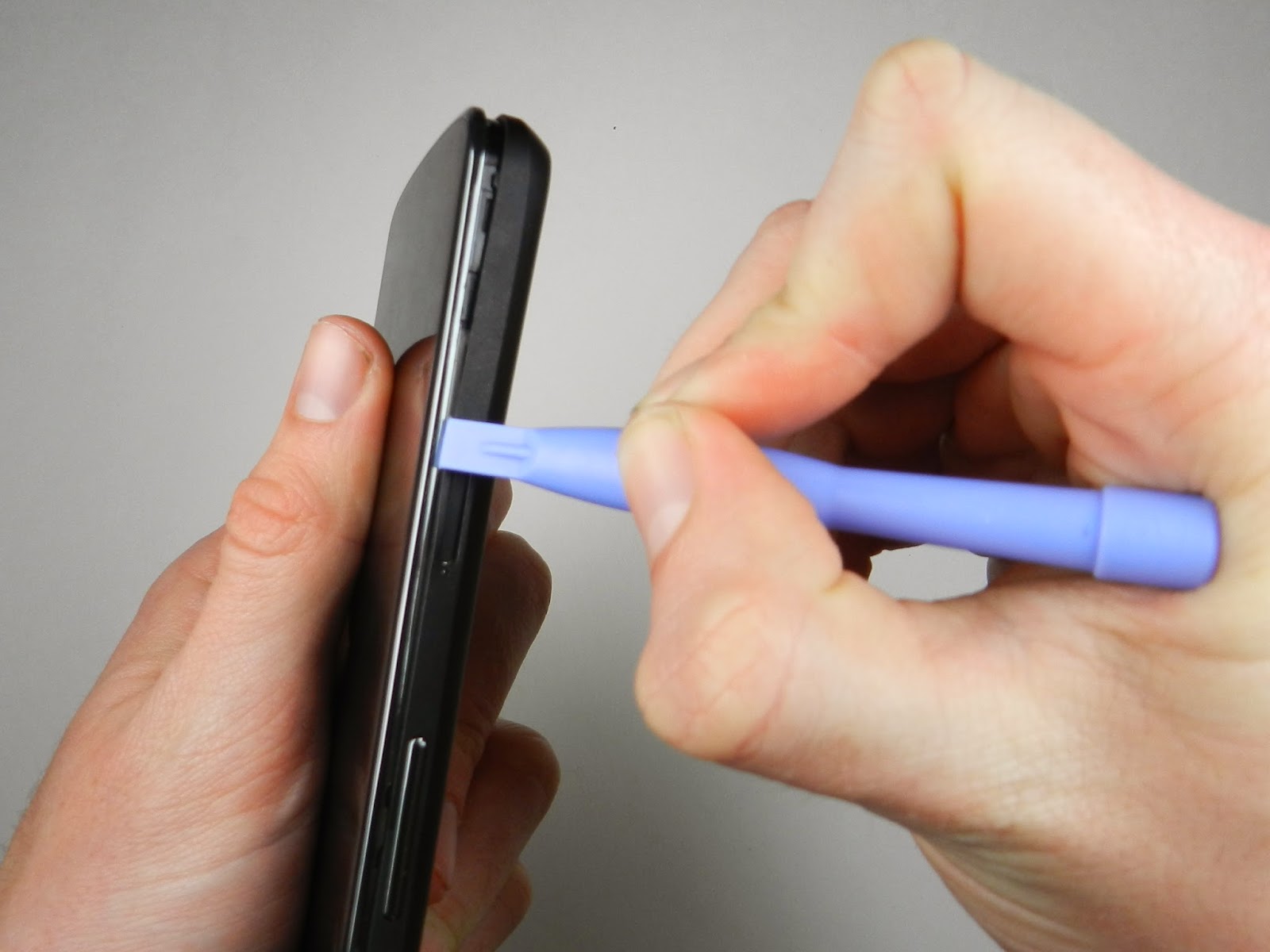 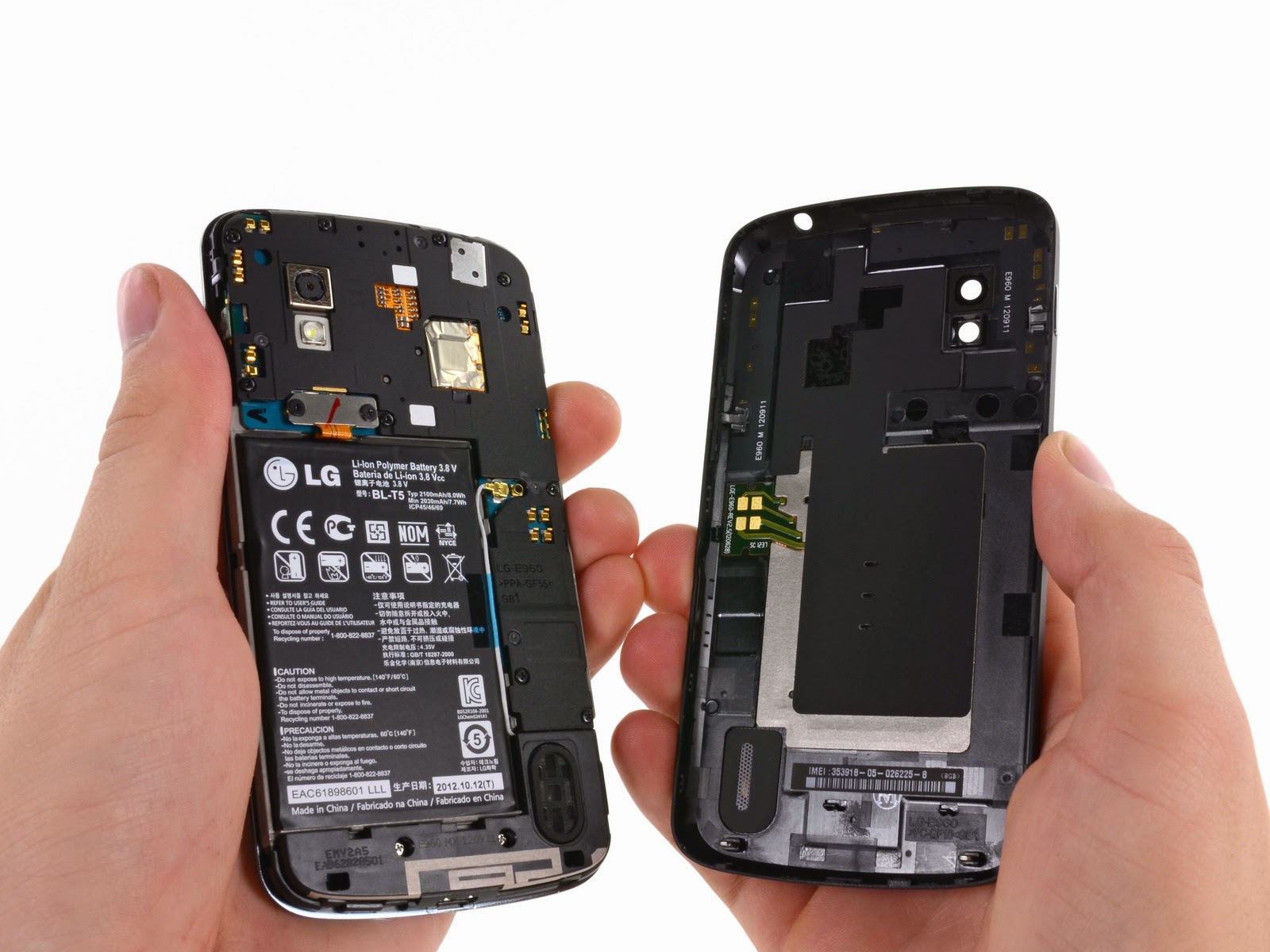 Step 4: At the top of the LG Google Nexus 4 battery, remove the two 1.8mm screws in the metal band with the Phillips #00 Screwdriver. Gently lift out the metal band once liberated from the screws using a Plastic Opening Tools. 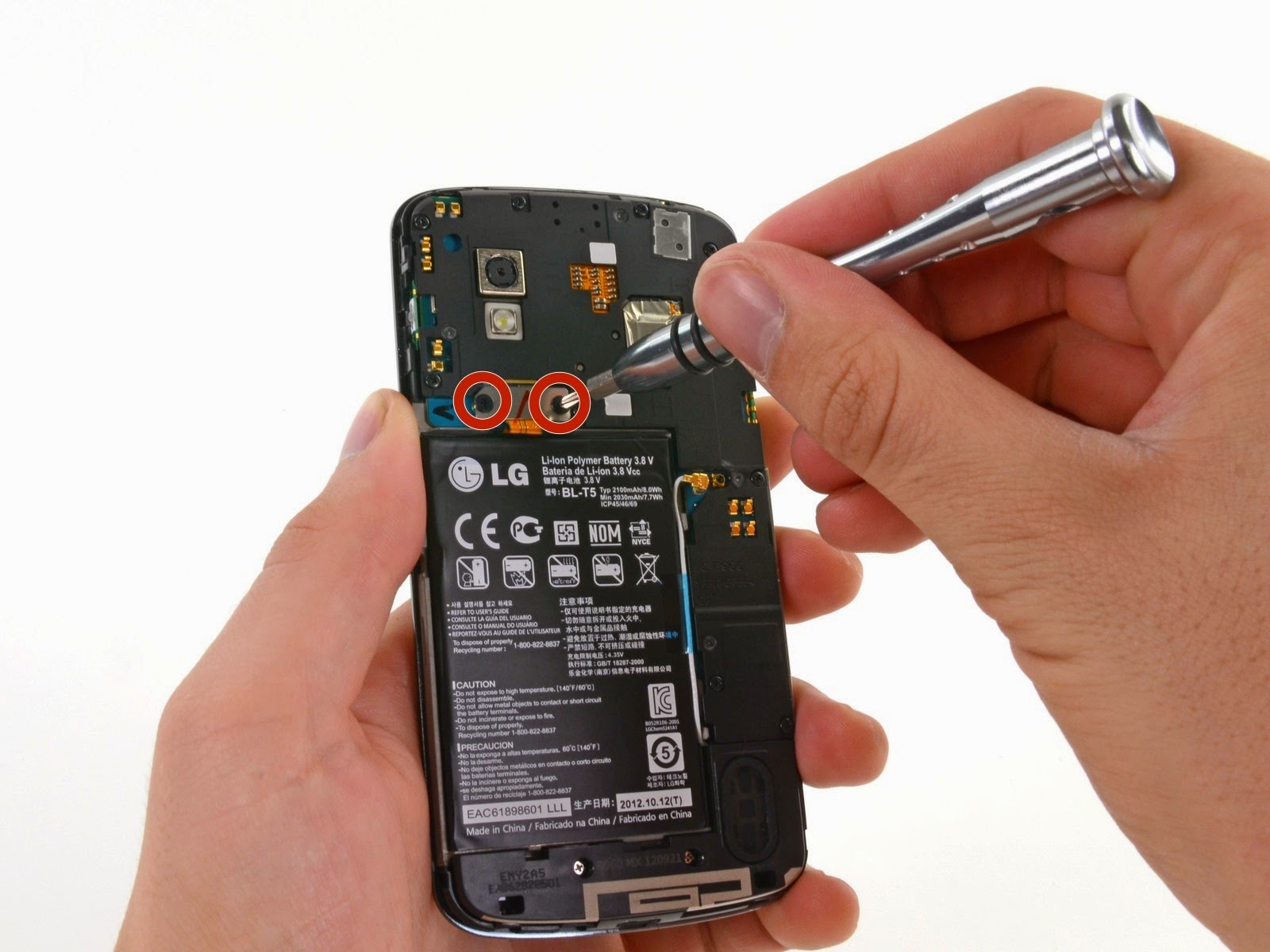 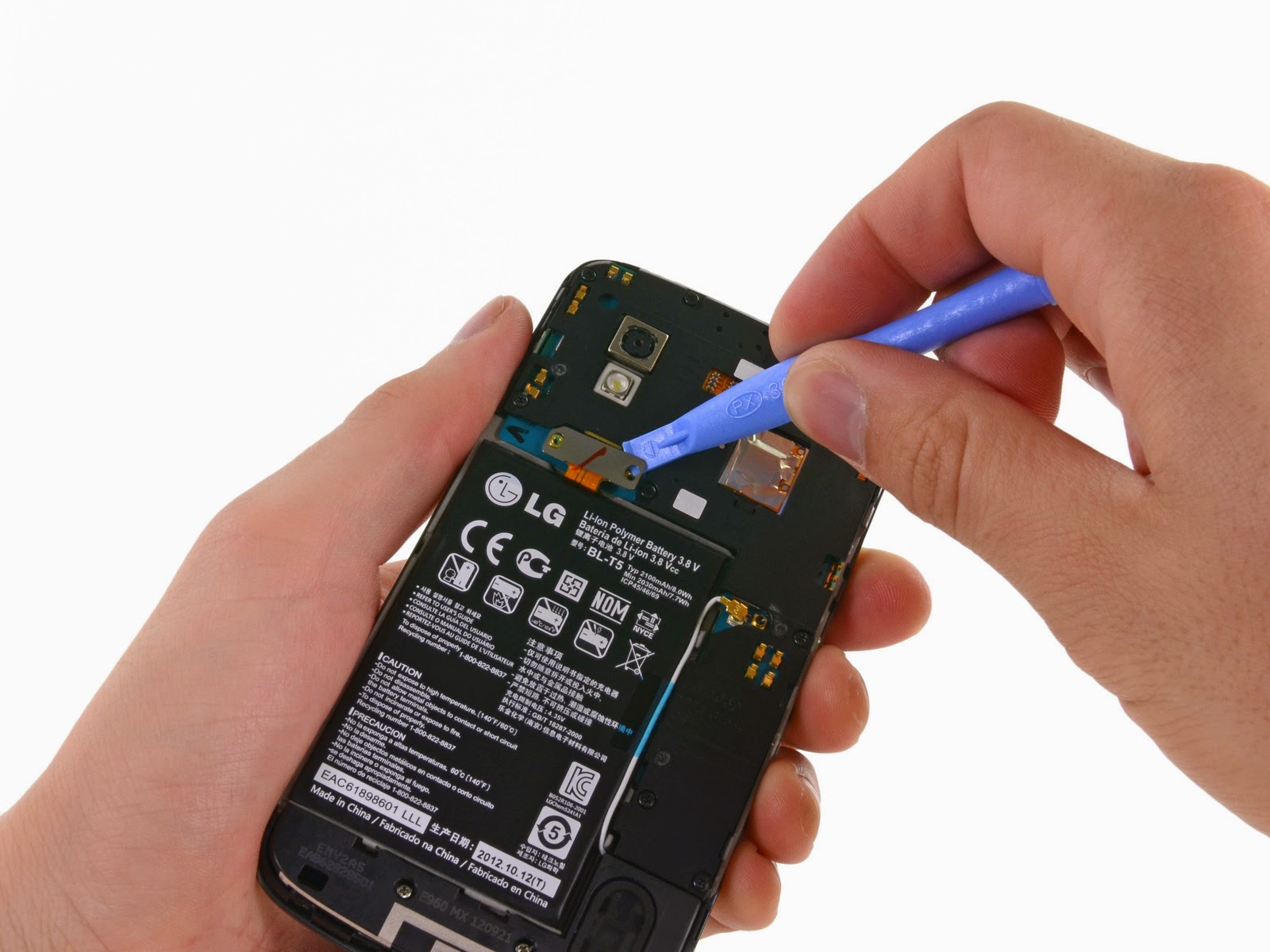 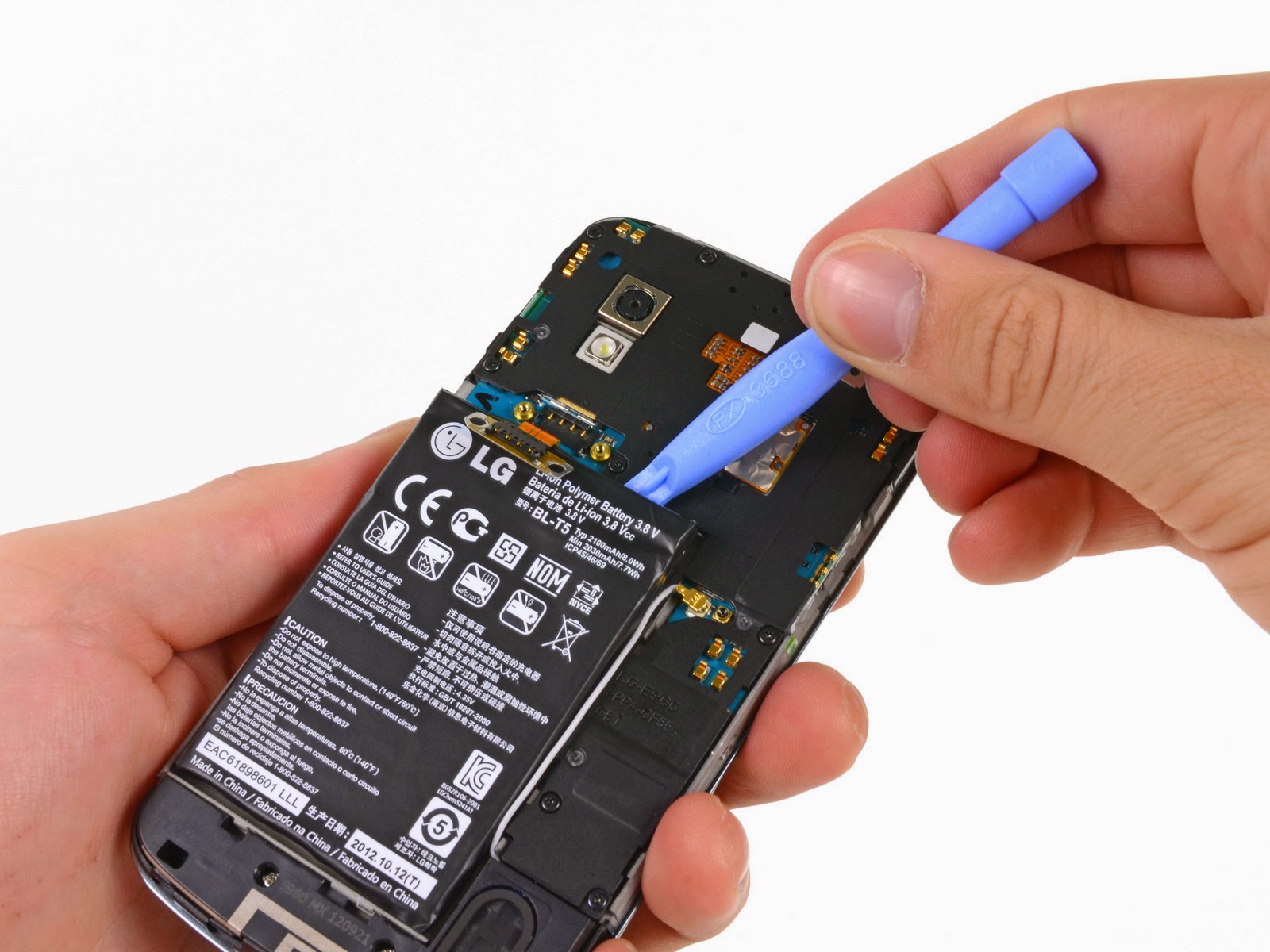 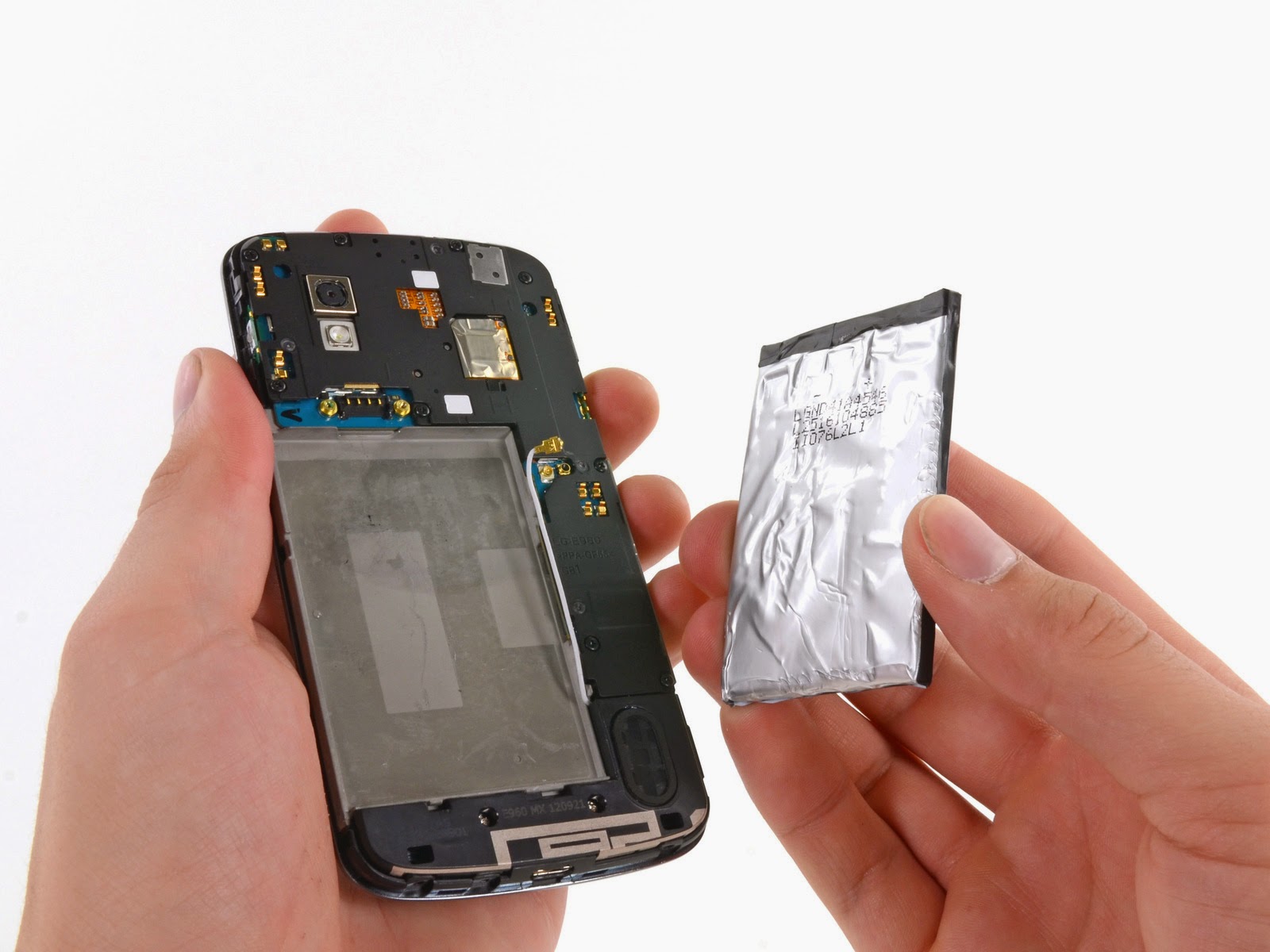